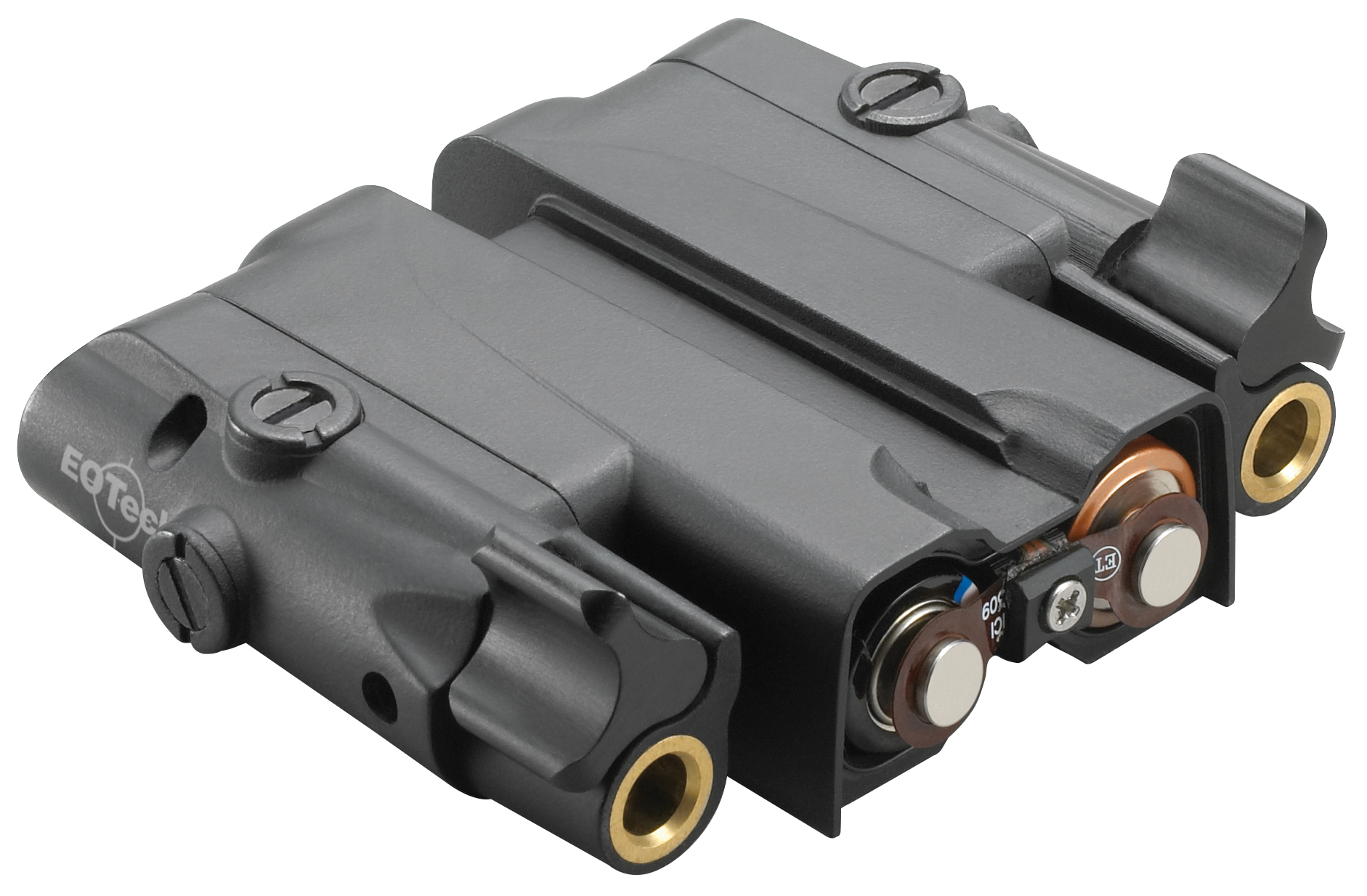 EOTech has a great product here with their new Laser Battery Cap.  With it, you can replace the battery cap of any EOTech 512 or 552 HWS and add a laser sight.  The Laser Battery Cap comes in two versions: a single red laser or a dual unit with a red laser on one side and an IR laser on the other.  Being an “Eye Safe” unit, the EOTech LBC isn’t restricted to just law enforcement or military and can be sold to the public.

Here is an interview we did earlier today at the 2014 SHOT Show: The EOTech LBC combines the lightning fast target acquisition of the Holographic Weapon Sight with the versatility of integrated aiming lasers to create an optic capable of excelling in any environment. These battery caps offer a low power red visible and IR laser making them ideal for home defense, CQB and force-on-force training.

The LBC’s operate through the use of an easy on/off toggle switch and come with an accessory port for a remote pressure switch (sold separately). They run on easy to find Lithium AA batteries for between 36 and 60 hours depending on laser type and usage. They are also waterproof to 10ft for up to one hour.

John Bailey Director of Product Development stated, “The 512 and 552 Holographic Weapon Sights have been some of our most successful products. This new Laser Battery Cap (LBC) doubles the aiming capability of the HWS without incurring the added cost of an entirely new sight.”

The new EOTech LBC’s are available in 4 configurations: