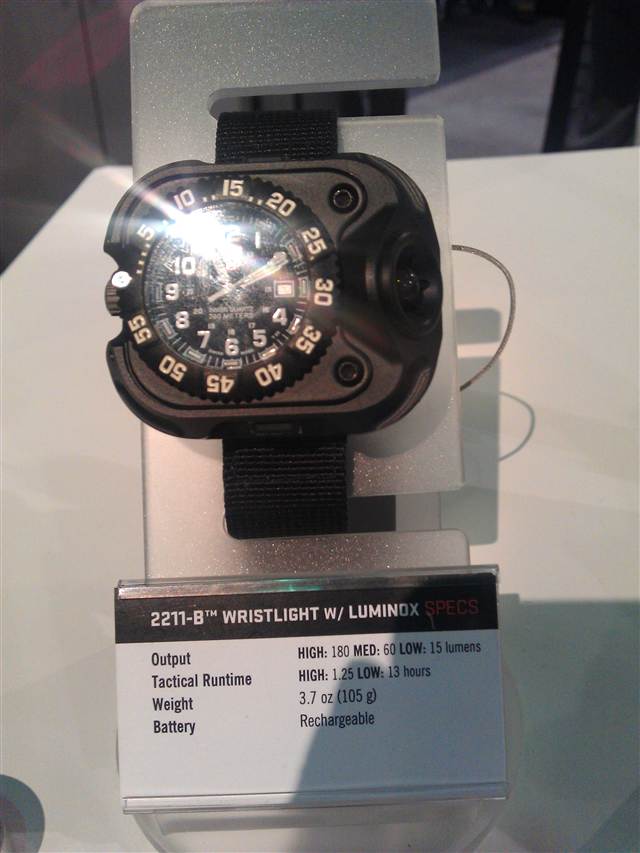 Here are some pictures of the new Surefire lights we got when we visited their booth yesterday.  The wristlight is impressive, and it looks like they improved on the original 2211 design by adding the watch.  The Surefire Annihilator has an impressive 4000 lumens with a run time of 2 hours, while weighing in at only 1.9lbs.